Please select the frequencies and color that you want below — the “classic” signal stick is “Dual Band” and “Black”.  All signal sticks come with a Glow in the Dark tip.

STOCK NOTICE November 2022: I have temporarily discontinued backorders on this product; we should have things back in stock by the end of November. We are waiting on new parts from one of our manufacturers which should have arrived already but was delayed due to government-mandated quarantines in China. Very sorry for the inconvenience!

PLEASE check the connector against the pictures before ordering — many people mix up connector types and genders!

This antenna is often used with other connectors through one of our high-quality adapters:

Please look at the images to make sure you have the correct connector! We usually have two or three orders per month that are sent back because the customer mixed up male vs female (the gender is determined by the center conductor, not by the threads!). 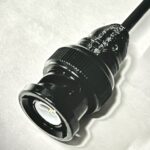 These are hand-made, ultra lightweight, and nearly indestructible antennas which outperform the stock antenna your handheld radio came with by a significant margin. Originally designed to use as a fundraiser for a youth group, sales from these remarkable antennas now provide funding for HamStudy, ExamTools, and other initiatives which help support the Amateur Radio community.

All Signal Sticks are hand made; if you are looking for perfection in aesthetics then these may not be for you, but our design is continually evolving in order to provide better looking, better functioning, and above all more durable antennas.

Works with many older handhelds and some newer ones. We don’t have a comprehensive list — it would be very long! — but you’ll know it if you have it.

See Ham Radio School’s What’s that connector on my HT?. If the center conductor on the SMA connector on your radio is a socket, this is for you.

Though our BNC connectors are all black now they are still metal, just with a conductive black coating! It is low resistance so won’t cause any issues and is very hard. Over time the black coating may wear out some and show the metal underneath — this is just part of using metal with a coating, nothing we can do to totally prevent it.

The Signal Stick is not designed to be used on a radio such as the Icom IC-705 and the SWR will likely not be as low as you’d hope; the quarter wave design has no artificial impedance match and works purely on resonance, which is why it works so well — but the impedance and thus SWR is influenced a lot by the ground plane / counterpoise, and the antenna system on a base radio looks nothing like that of an HT plus your arm, etc.

Some users have reported simply not being happy with the performance (though we’ll point out that SWR is only half of what determined antenna performance) and others have reported good luck by adding a counterpoise to the antenna (such as attaching the shield to station ground, adding a 19″ wire to the shield, etc).

We have recently obtained a 705 for testing and have been experimenting with different configurations; so far it seems to perform quite well, but the SWR is about 3:1 which we understand will concern many of our customers. As we learn more we’ll update with recommendations. 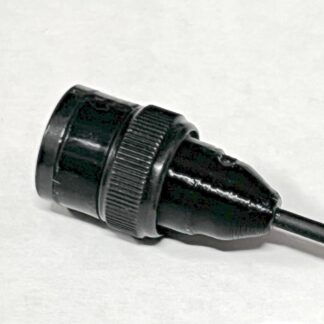